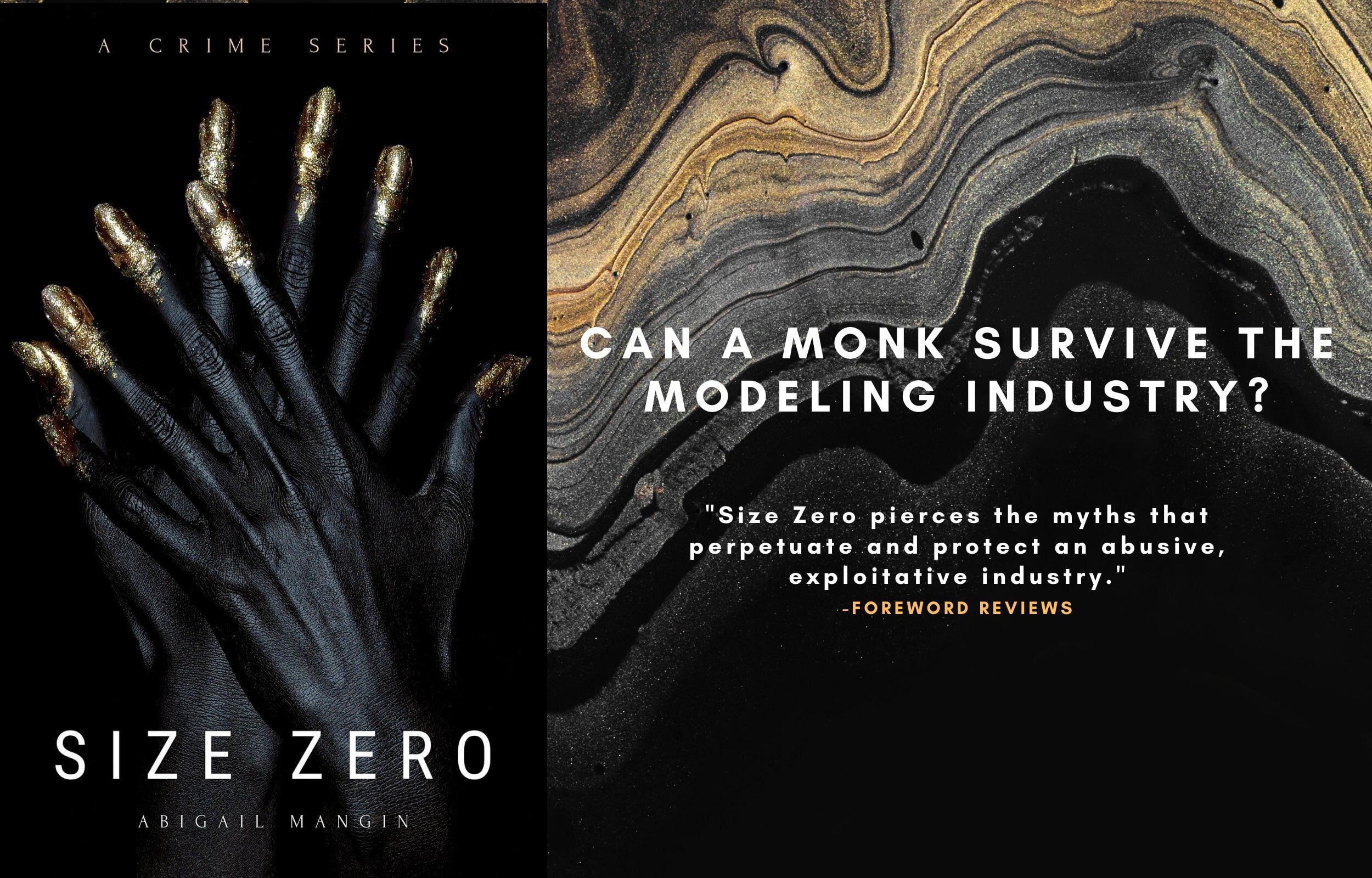 Condom dresses and space helmets have debuted on runways.

A dead body becomes the trend when a coat made of human skin saunters down fashion’s biggest stage. The body is identified as Annabelle Leigh, the teenager who famously disappeared over a decade ago from her boyfriend’s New York City mansion.

This new evidence casts suspicion back on the former boyfriend, Cecil LeClaire. Now a monk, he is forced to return to his dark and absurd childhood home to clear his name. He teams up with Ava Germaine, a renegade ex-model. And together, they investigate the depraved and lawless modeling industry behind Cecil’s family fortune.

BOOK 1 IN THE VISAGE SERIES. Click Here to Read a Preview

“Beautifully packaged and true to its idealistic vision, Size Zero pierces the myths that perpetuate and protect an abusive, exploitative industry." - Foreword Reviews

“This book is so weird…” - CrimeReads (The Most Anticipated Crime Books of 2020: Summer Reading Edition)

“The characters throughout are eccentric but well-crafted and the description was vivid, brutally so at times. With black humour and a dark narrative, I don’t expect that this will be for everyone, but if you’re wanting something hard-hitting this could be the book for you.” - LoveReading UK

“A dark and unique murder mystery that will make you hold your breath and anticipate the next turn in the plot… Satirical and incredibly well-handled, Size Zero: Visage is a story that will keep you up at night.” - Reader’s Favorite.

"Size Zero is that kind of book that gets you off a reader's block moment." - Pacific Book Review (starred review)

“Size Zero is visceral and disturbing. The narrative exposes the dark underbelly of modeling, focusing on unethical practices, charlatans, mental and physical illnesses, and the abuse that young women face as they pursue celebrity. Elements of the novel are splashy and outré, distorting stereotypes of glitterati and their carefully guarded world.” - Foreword Reviews